Sign up for our newsletter for 10% off your next purchase!

Ok, friends. There’s something we’ve been meaning to talk about for a while, and it’s clear that we don’t have time to waste on this one, so let’s not beat around the bush:

We started Good Intent because we know that nearly all of us, and we mean ALL of us as a human species (with a few exceptions), have good intentions. We want to do right by the people we care about and get through this life with our heads held high, but sometimes that good intent doesn’t translate into actions that actually do good. Despite all our best intentions, it seems like we’ve gotten a little carried away with some bad habits that aren’t doing anybody any favors. Our goal is to help make it easier for our intentions to have their desired impact.

How we communicate with others can make all the difference in these times when our disagreements seem to outweigh our ability to connect to our common humanity.

Supreme Court Justice Ruth Bader Ginsburg’s recent passing has served as a powerful reminder of the example she set. She was a woman who moved mountains, and the manner with which she did so is everything we need to muster within ourselves right now. In 2015, she shared this advice:

"Fight for the things that you care about, but do it in a way that will lead others to join you."

Here are five lessons we can learn from her about how to do that: 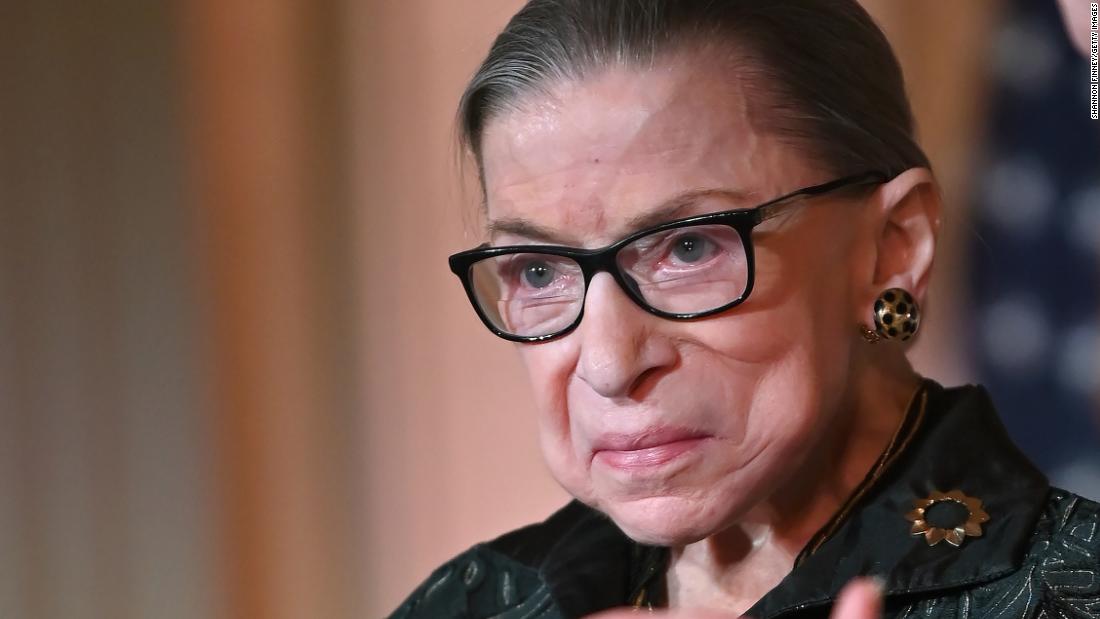 Lesson #1: "I'm a very strong believer in listening and learning from others."

Justice Ginsburg made this comment in 2012 in an interview where she was asked if the U.S. Constitution should be the model for Egypt. One might presume that an American Supreme Court Justice would strongly campaign for the replication of our own government and Constitution, but what does she do instead? She recommends that they consider a wide variety of sources in addition to the American example, including the Constitutions of South Africa, Canada, and Europe. (Source: ABA Journal) This is worth noting because many of us, if a stranger asked us the right way to load the dishwasher, would be offended if the stranger considered adopting their own mother’s method over our own.

Our way is not the only way. The wisest among us should be willing to listen and learn about any and all perspectives, being careful not to assume that we possess all of the answers and are absolutely correct 100% of the time.

We struggle with this as a culture. Maybe because it’s playing the long game, and much of the time the battle we’re fighting is a single comment thread we must conquer. Maybe because it takes humility, and our culture loves to shine the spotlight on the loudest among us. RBG was not the loudest. She did her homework, gathered as much information as possible, worked hard to thoughtfully and meticulously prepare persuasive arguments, and sometimes she lost, but her messages stuck with us and propelled change because they were more powerful than the assortment of vicious emojis and expletives we just used to shame someone on Facebook.

Have you noticed that many of us have half-baked opinions on things that we developed from one article we read, a class we took a decade ago, or something we heard someone in our family say once? It takes a lot of time and energy to be thoroughly well-informed on every single topic, but that doesn’t stop a lot of us from acting like we know everything. We need to be willing to accept that we don’t and honestly listen to other opinions. Also, don’t blame the people with whom you’re arguing for not knowing everything either. Also, be willing to change your mind! Don’t we wish others were willing to do this more often? Be the change you wish to see in the world, said Gandhi, and we’ve all heard this I know, but seriously! These subtle changes are just as important as the big ones! 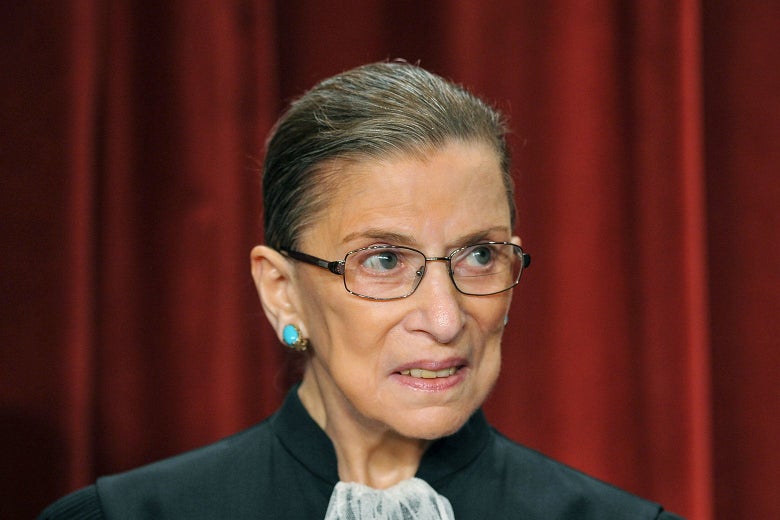 Lesson #2: "When a thoughtless or unkind word is spoken, best tune out. Reacting in anger or annoyance will not advance one’s ability to persuade.”

RBG wrote this in a NY Times Op-Ed in 2016, and we’re not getting the impression we’ve really learned our lesson on this one yet. Many of us have felt a whole range of negative emotions, including but not limited to, anger, frustration, betrayal, fear, grief, disdain, confusion, disbelief, sorrow, devastation, disgust, rage, panic, and horror (some of these may be synonyms but we’ve felt them all uniquely). Not expressing those emotions may seem like a superhuman feat that we’d still need lots of therapy or Oprah money to overcome, but Ruth isn’t asking us to bury our emotions in a dark place where they will fester and later haunt our enemies. She’s asking us to turn that energy into something that actually makes us feel better. She says,

"Don't be distracted by emotions like anger, envy, resentment. These just zap energy and waste time."

Enraged by something? Us too. Get that rage off your chest by journaling about it or venting to your partner or roommate or most validating friend about it, then stop. Breathe, do a meditation, drink your tea, go on a walk, listen to Beyoncé, and come back and choose one positive and productive action you’re going to take to counteract the negative one over which you were just reeling. Prepare a thoughtful and empathetic response to the person who upset you. Donate $10 to that cause/campaign you want to thrive. Text a friend and make sure they have a plan to vote. Share something positive with someone to balance out the negative you just felt. 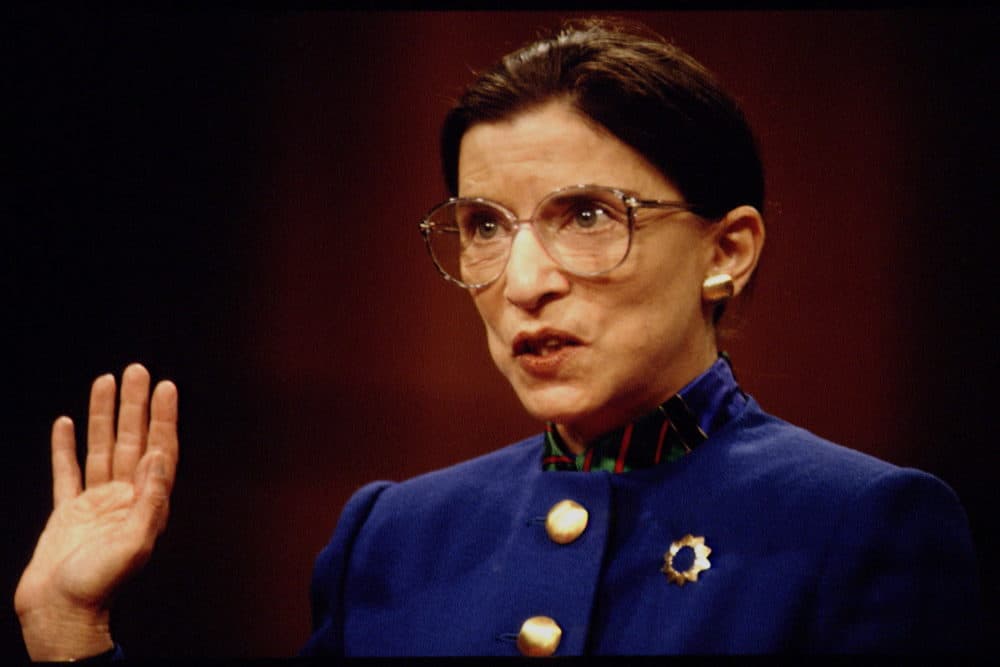 Lesson #4: Consider your audience’s perspective to get them to understand your point.

In the 1976-77 case Califano v Goldfarb, then ACLU Attorney Ruth Bader Ginsburg made her case against gender discrimination to the all-male Supreme Court with an example that showed how men were also negatively impacted by gender discrimination under the law. Research shows that using a story to convey how a message relates to your audience is a powerful method of persuasion. (Source: Thrive Global)

In the New York Times bestseller Made To Stick, authors Chip and Dan Heath share that we’re more likely to take action in response to a story about an individual in need than we are to data or statistics making the same point. It also helps if you connect that story to something that affects your audience personally. What’s in it for them? Do you know someone they respect who agrees with you or can relate to what you’re explaining? Use that person or group as an example to add some social proof to your point. Studies show that we are more motivated to do something if we know other people are already doing it. (Source: Wall Street Journal)

A lot of us know that empathy -- the ability to understand and share the feelings of another -- is an important skill to cultivate and practice, but we’re often selective about how we apply it. We might be able to empathize with people who are struggling in another country, but it’s harder for us to share that same level of understanding with people who disagree with us. So often we write people off and make assumptions about their character based on what may be really meaningful differences of opinion, but when we do so without considering their concerns and why they think the way they do, it only further solidifies the divide, hurts our causes, and prevents us from being able to move forward together.

No one responds well to being told that they’re evil or an idiot for the way they believe. This shouldn’t be a surprise because I doubt many of us know someone who thinks of themselves as evil or an idiot. So as soon as you treat them like that, they’re going to assume you’re wrong and maybe even that you’re evil or an idiot. If you communicate that you care more about the problems of others than you care about their personal needs, that can also be frustrating. We’re all human, and we need to communicate with each other with all that entails in mind. 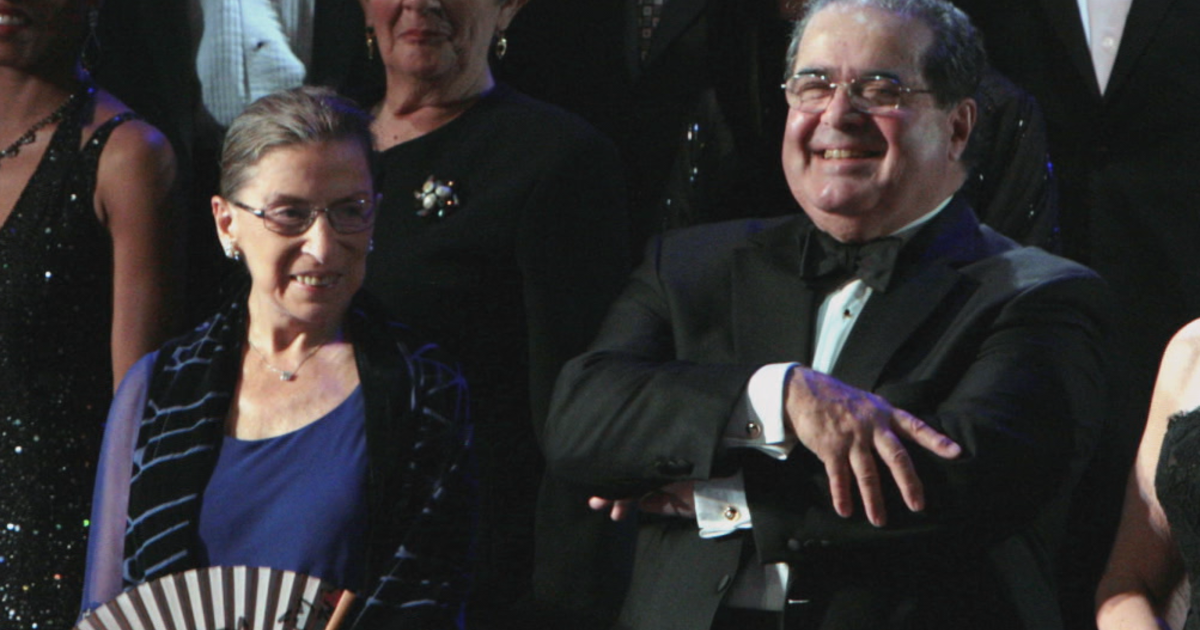 Lesson #5: "You can disagree without being disagreeable."

Justice Ginsburg was close friends with Justice Antonin Scalia, someone with whom she vehemently disagreed on many fundamental issues. Let’s just let that sit there for a minute...

We might be asking ourselves, “How in the world?” When asked about this relationship, Ginsburg said,

“As annoyed as you might be about his zinging dissent, he’s so utterly charming, so amusing, so sometimes outrageous, you can’t help but say, ‘I’m glad that he’s my friend or he’s my colleague.”

She saw him and appreciated him as a full person. We are all more than one thing. We are more than the product of our opinions, who we vote for, what we eat, or how much we care about one issue. Find the humanity, the fun, the good in everyone you meet, for your sake, for theirs, and for the greater good.

Treat everyone with respect. Have a sense of humor. Work hard. Use empathy to connect with and persuade people. Always be willing to learn. Because it’s the right thing to do, and because, as RBG so beautifully showed us, it actually works.

Innovate Your Way of Being to Live More Sustainably

What is Localism, and Why Does It Matter?